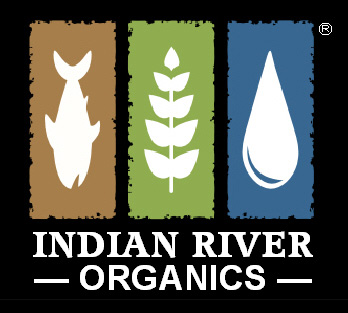 Hay is one of the most versatile of stored forages and provides ready supplemental food for animals. High-quality hay has more protein and minerals, which produces healthier livestock, reducing associated costs and the need for feed supplements (mineral blocks, etc.)

Indian River Organics® products are formulated to provide nutrients immediately available to the plant and encourage microbial growth within the soil. These microbes break down nutrients into forms plants can use and improve the soil structure by creating passageways for the movement of water and air. Plants develop stronger and deeper root systems, resulting in improved drought tolerance, higher relative feed value, and higher yields.

“Applying Indian River Organics® Hay & Pasture Formula is the only thing I did
different and I got 327 bales more than I expected.  I am sold, I am definitely sold!”

“I have a field behind my home.  I have been cutting hay on that field every year for the last 18 years.  I get two cuttings a year, and each year, come hell or high-water, I get 180 bales from the second cutting of this field.  Some years I get 178 and some years I get 184, but, always basically 180 bales.

This year, after the 2nd cutting (182 bales, just like clockwork) I applied Indian River Organics® Hay & Pasture Formula – 2 gallons per acre mixed with 30 gallons of water.

Within 4 days I was astonished with the results, the hay seemed to be exploding up out of the ground!

In 5 weeks, with only about ½ inch of rain, I was cutting the third time.  I called my son from the tractor after I had reached 100 bales, told him I was way less than half way done with the field and already had 100 bales.  He said, “I don’t believe it”.  I took pictures and sent them to him, he was amazed.

I called my son after I had reached 180 bales and told him I was still not nearly finished and had already reached 180 bales.  He was astonished, said again “OK, I absolutely cannot believe you now”.  Again, I sent pictures.  He said, “Call me when you are finished, I cannot wait to see how many bales you get”.

I called a while later after I finished and tallied it up:  327 Bales from the 3rd cutting!!!!  Neither one of us had words to describe it, Indian River Organics® yielded truly amazing results on my Hay!”

Increased Yield Even In Drought Conditions!

Hay can be difficult to grow, especially when you must rely on Mother Nature to irrigate it and she decides to take the summer off! Hay growers in Northeast Alabama were suffering through a devastating drought, with horrible growing conditions throughout the entire region. One very happy grower has found a way to beat the drought, he applied our Hay & Pasture Formula at 3 gallons per acre on Tifton Bermuda 44. You can see the results for yourself in the images above. These photos are two sections of the same field taken on the same day, one WITH and one WITHOUT Indian River Organics Hay & Pasture Formula. Yield was up an astonishing 45% versus same acreage last year, and last year’s weather was great vs this season’s UNBELIEVABLE drought! Needless to say, he is now a committed and happy repeat customer!

Our Hay & Pasture Formula is perfect for growing outstanding forge as a nutrient source, it also provides many of the trace elements, micro-nutrients, chelating agents and is a food source for many forms beneficial soil biology. Our Hay and Pasture Formula combines our Growth Stimulant for Hay and Pasture with our Indian River Organics Liquid Fish Fertilizer and is the perfect formulation for maximizing your yields and quality of organic forage.

Testimonials From Hay and Pasture Growers

I have 50 acres of 4-5 year old Alfalfa, 2 blocks of 25 acres each.  At the beginning of the growing season, I applied one gallon Growth Stimulant per acre on 25 and as a control, did not apply any to the other block.  I made 3 cuttings, and this is what it yielded:

Cutting #1 was DOUBLE the amount for the treated block vs untreated.  100% increase in yield.

Cutting #2 was 50% more from treated block versus untreated, and

Cutting #3 yielded the same amount from treated vs untreated block.

At the end of the year, after all was added up, the treated block yielded a 50% increase over what the untreated block yielded.  With an overall 50% increase in yield, I generated a $3,800 increase in real money in my pocket, and this was with only one application.  This does not address the fact that the treated alfalfa was likely of much higher quality and nutritional content, but, that can be a discussion for another day”.

“I use Indian River Organics® Hay & Pasture Formula on my pastures and got outstanding results!  The growth looks darker green, healthier and produces much more when compared to the previous seasons when I used traditional fertilizers.  I also notice that my nutrient blocks are lasting much longer, the forage has a higher relative feed value so the cows are getting more nutrition from their grazing.”